Inspired by the carved alabaster fireplace brought back from Egypt in 1932, we created an Art Deco interior design scheme with Neoclassical/Egyptian Revival Roots. Notice the set of three black lines on the edge of the luxurious silk draperies- our interpretation of “speed lines” – a pattern of lines that were used on decorative wares produced during the Art Deco period to represent the mechanization of the age.

A pared down fluidity of line coupled with sensuous fabrics, pattern, and the exotic characterize this style. It was inspired by the arrival of the Ballet Russes in Paris and the discovery of King Tutankhamen’s tomb in the early 20th century. Stylistic inspiration once attributed to Napoleon’s conquest of Egypt in the 19th century continued to infuse Neoclassical design elements as well. 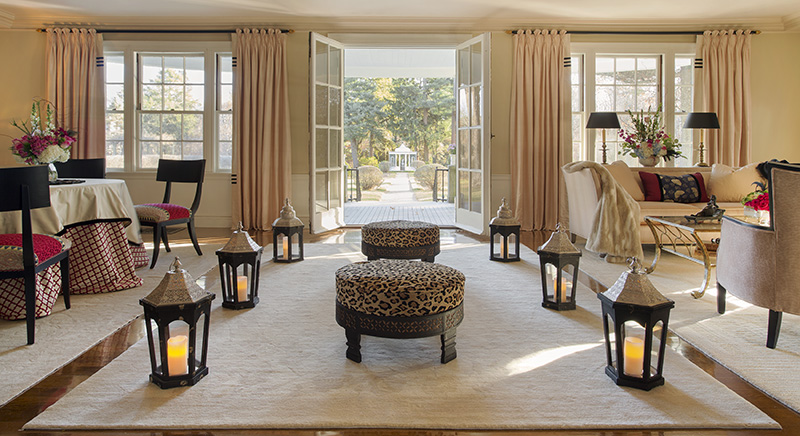