About our President – The Early Years

Written by Boston Design and Interiors Inc. on May 5, 2013 in About Our President

Donna Terry is the lead-designer and president of the company. She is known for her ability to apply her expansive knowledge of interior styles in everything she designs, her deeply rooted professionalism and her sincere concern for the client’s satisfaction. Having grown up immersed in the New York Theatre scene she was exposed to design on all levels from an early age -production design, set design, and costume design. 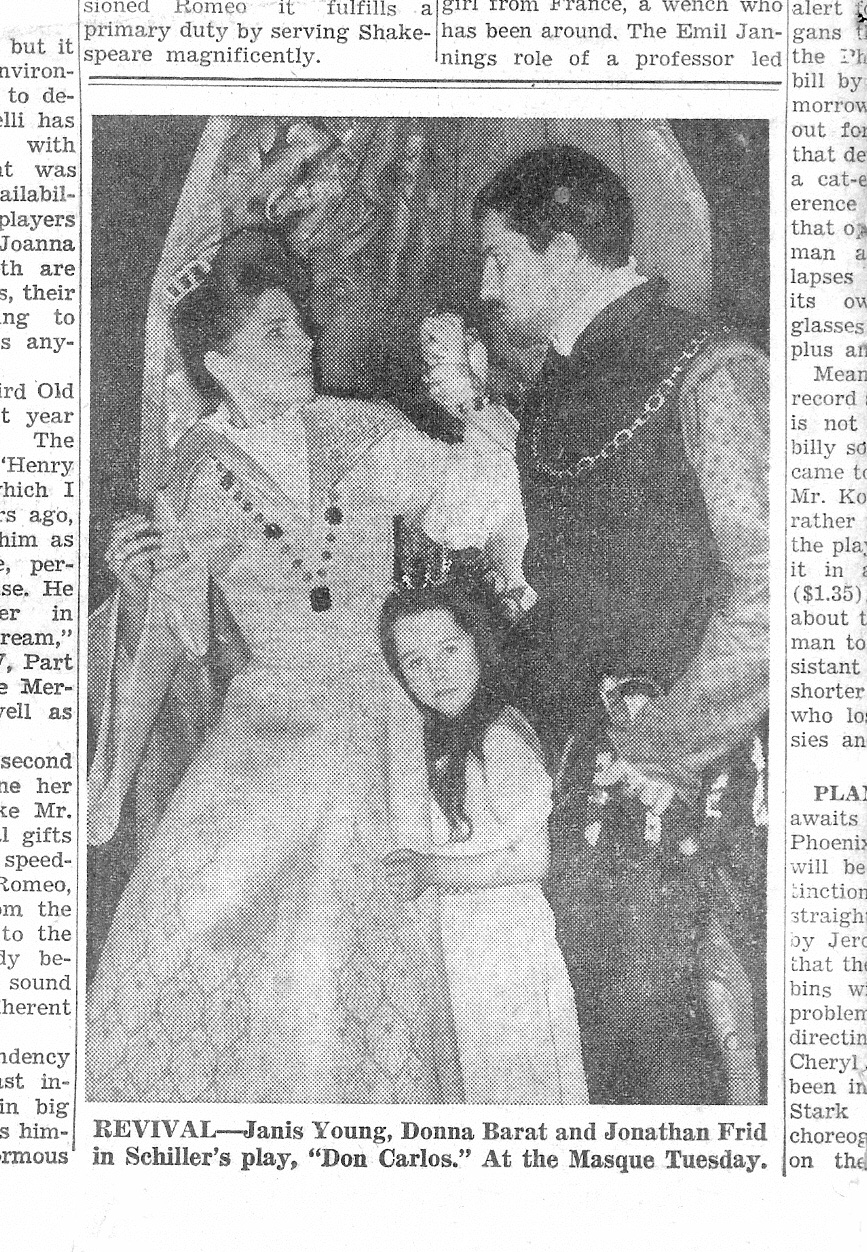 The photo above appeared in the New York Times when we performed Schiller’s Don Carlos set in Sixtenth Century Spain. An arched portière was constructed on set for authenticity, as these were common in the time-period.

In the photo from the New York Post depicted to the right, notice the bold large scale damask motif that was behind us that I loved even then.